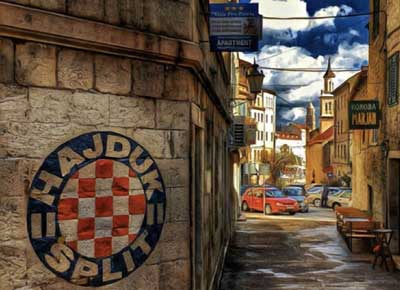 As soon as a baby is born in Split, they immediately become a fan of Hajduk Split. It is in our blood. All over the city you can see the graffiti with Hajduk and Torcida slogans. And not only in Split, but all over Dalmatia, some other parts of Croatia and Bosnia. 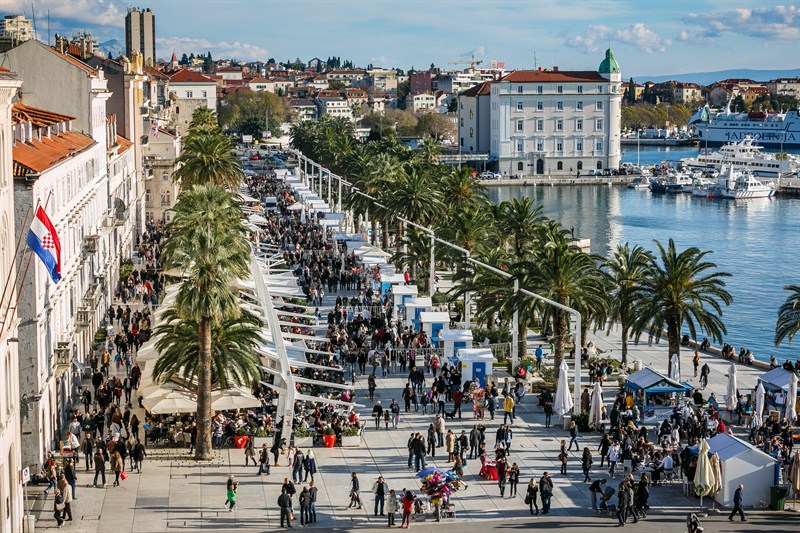 The Riva in Split – the main promanade

For us locals, the 'Riva' is like our living room. On Saturdays and Sundays we like to take a walk on the Riva, all year long, because it is placed on the southern side of the city, sheltered from winds and on a sunny day it is a great pleasure to sit in a bar under the sun, even in January! The location is perfect, that is why the Roman emperor Diocletian decided to build his palace right here. He also found useful the sulfur springs that you can smell on the Riva because he suffered from rheumatism and sulfur helped his disease. 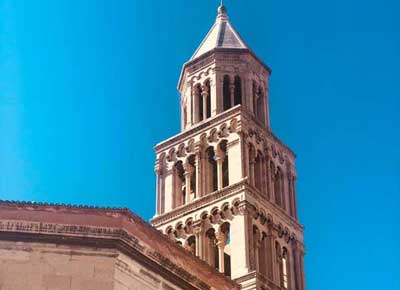 SAINT DOMNIUS CATHEDRAL is the oldest cathedral in the world. It is a combination of various styles such as Gothic, Baroque and Romanesque. The entrance wooden door is the best example of the medieval style constructed by a local maestro Andrija Buvina. The door has 28 scenes from Jesus`s life carved in nutwood. Saint Domnius (Duje) to whom the cathedral is dedicated to is withal the patron of our city, and in his honor we celebrate the day of the city each year (May 7th). 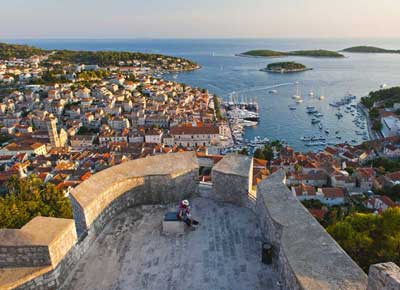 When we talk about Hvar island we can say that it is one of the most beautiful pearls of the Adriatic coast. Hvar is often compared to Portuguese Madeira. People often say it's a fairy tale town with its architecture, beautiful nature and mild climate. Because of the high quality accommodation, the warmth of people, the beautiful  beaches and nightly entertainment, Hvar has become an ideal summer resort for families, couples and young people looking to have a good party. 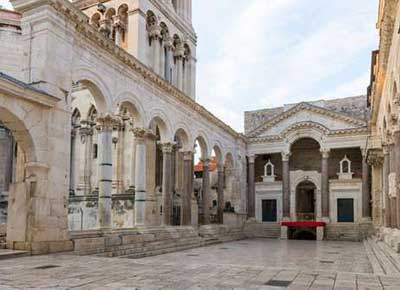 DIOCLETIANS PALACE the heart of the city which is a combination of a luxury villa for the roman Emperor, a Hellenistic town and a Roman military camp (castrum).  Diocletian's Palace has four main entrances at each side marked with gates named the Golden, the Silver, the Iron and the Brass gate. The remains of the Palace are listed on the UNESCO World Heritage list.

Where can you catch the most impressive view of Diocletian's Palace? At the top of the bell tower of Saint Domnius cathedral which dates from the fourth century. The bell tower is 57 meter high so you can catch a breathtaking panoramic view of the nearby islands such as Solta and Brac on the south side, or if you turn to the west side a view on Marjan hill which we refer as the lungs of Split. 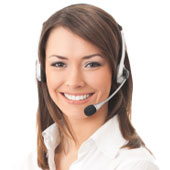 Since 2014. we become one of the most popular tour operator in Split., Our biggest hope is that you are able to experience, learn about and enjoy the daily lives, history, traditions and culture of the people and places of our fascinating country. We create unique experiences, design them to your needs and budget, being memorable for your entire life.

You have declined cookies. This decision can be reversed.

You have allowed cookies to be placed on your computer. This decision can be reversed.